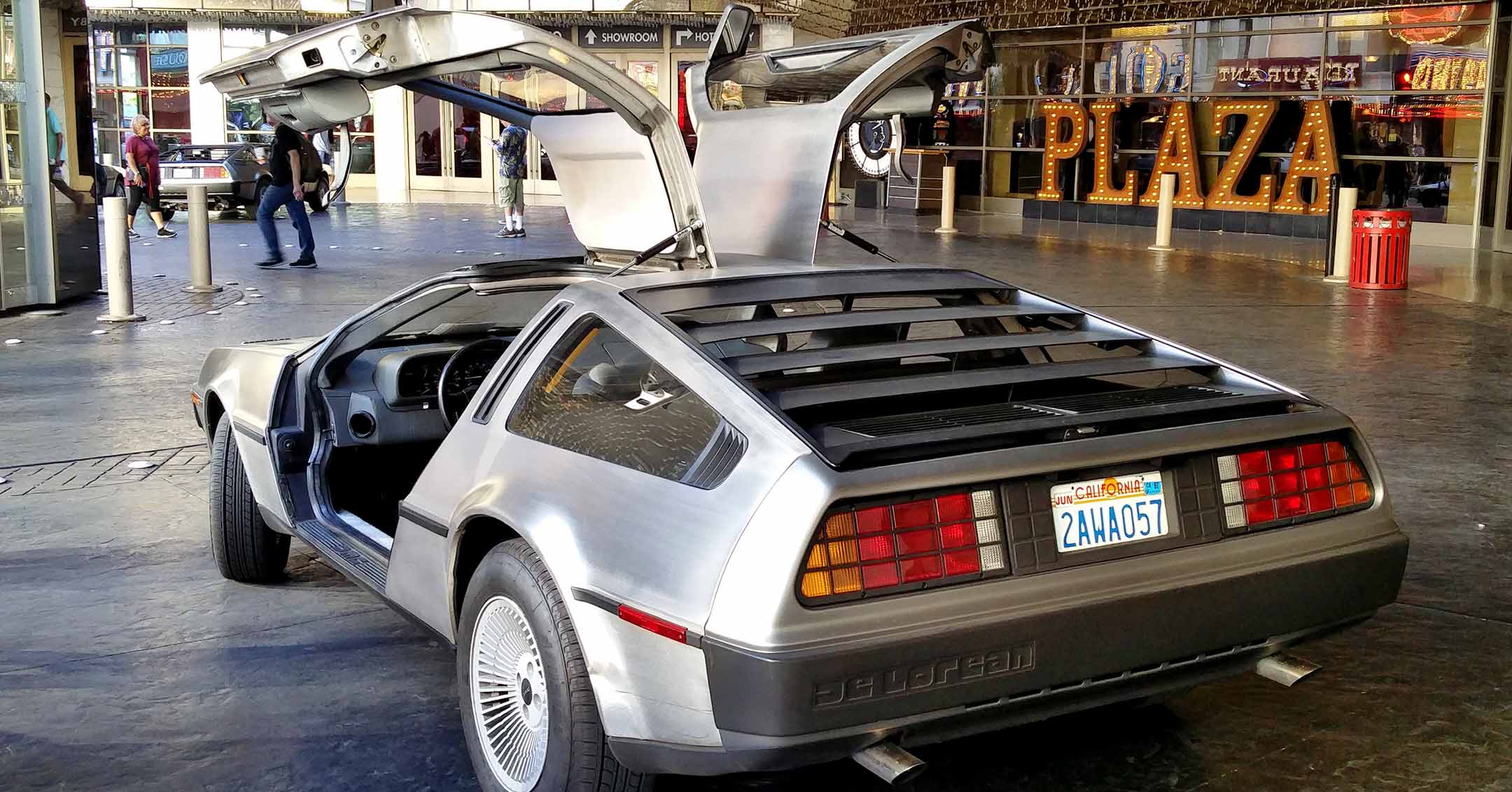 I took DMC #10515 on the first road trip since I picked it up… and where better to go than Las Vegas, Nevada! A few other DeLorean owners from Southern California drove out to the DeLorean Weekend event to take part in tech talks, a couple of car shows, a potluck, and most importantly good conversation and the chance to meet other owners from around the Country!

I got to meet a new owner from Vegas (2 months I believe), someone from the Long Island DeLorean Club, a very nice couple from New Hampshire, and many others that I likely never would have met. And the best part was – this was a free event. The organizers did put in a chunk of their own money (and lots of their own time), but this wasn’t a large conference where hotel rooms and food and speaker fees had to be paid for… this was an event for DeLorean people to get together and talk.

There was concern about driving 10515 from LA to Vegas by myself, but two other owner couples from SoCal agreed to convoy there and back together, so my stress level went way down. Plus, it was fun to parade three DeLoreans on the road! None of us had any major problems, and it was really a fun time!

On October 21st we had a car show at the Plaza Hotel at the end of Freemont Street – which doubled as “Biff’s Pleasure Paradise” hotel and casino in the alternate 2015 from Back to the Future Part II.

On the last full day there, a couple of us even took a short drive to Red Rock Canyon National Conservation Area… wow… great photos, and a great drive!

I’d love to do it again, even if just to meet more new people and to share more stories and experiences!

I saw this ad today for a #DeLorean for sale… then I saw the license plate in the photo and immediately thought it was a scam – because, that’s MY

On Saturday, April 10th, I joined the Southern California DeLorean Club at the NDR third annual car meet and fair in Corona. This was technically my first car show with