Five DeLoreans from the Southern California DeLorean Club showed up and everyone decorated their cars with green. Other folks, who’ve done this parade for multiple years, had entire boxes of decorations and things to bring out the Irish of the car (they were built in Northern Ireland after all!)

We met down the street from the staging area, where I finally got to meet several other DeLorean owners. I’ve met a couple other owners here and there, but mostly at DeLorean California. This day was different – everyone was there to share their car with the public. It was great to talk to other owners, get tips, learn new things that I’d never read before, and to just get to know people.

When we finally started the engines, it was a blast! Driving along Pier Ave. to Hermosa Ave., all five cars with both doors open, decorations fluttering in the breeze and a few thousand people out for a beautiful day. I was the fourth car in our group, but could still hear people’s comments as I drove by at .01 miles per hour. What fun.

At the end of the parade route, we drove further down the street to Ruby’s Diner where we had lunch and got the chance to chat more. Everyone was welcoming and friendly and I made some new connections. As we sat on the patio and I looked back at the parking lot, it was so cool to see all of our cars, parked side-by-side. Lots of people walking by would stop and take pictures of the group of DeLoreans and with individual cars. It was fun to see.

After lunch I headed home, but not before stopping by the home of #10515’s first owner in Torrance. I knocked on the door, but it didn’t look like anyone was home. Luckily, Paula and John made it to the door and were so happy to see me and the car. When I bought it, they were out of town, so I hadn’t met them, which made this a nice meeting.

The car looked great, it was a beautiful day, and Paula hadn’t seen her baby running in 27-plus years. #10515 was Paula’s car. I learned that day the DeLorean was actually her 20th wedding anniversary gift from her husband. She said that all the kids and co-workers at the school she worked at knew she had the DeLorean and everyone loved it. She told me about getting a couple of tickets, and that she got a Crock Pot at party shortly after getting the car, but when they headed home, the Crock Pot wouldn’t fit in the trunk!

She and her husband were delightful. Now that I’m the 2nd owner of #10515, it was wonderful to finally meet the 1st owner. I’m looking forward to chronically my own stories with the car over the next many years. 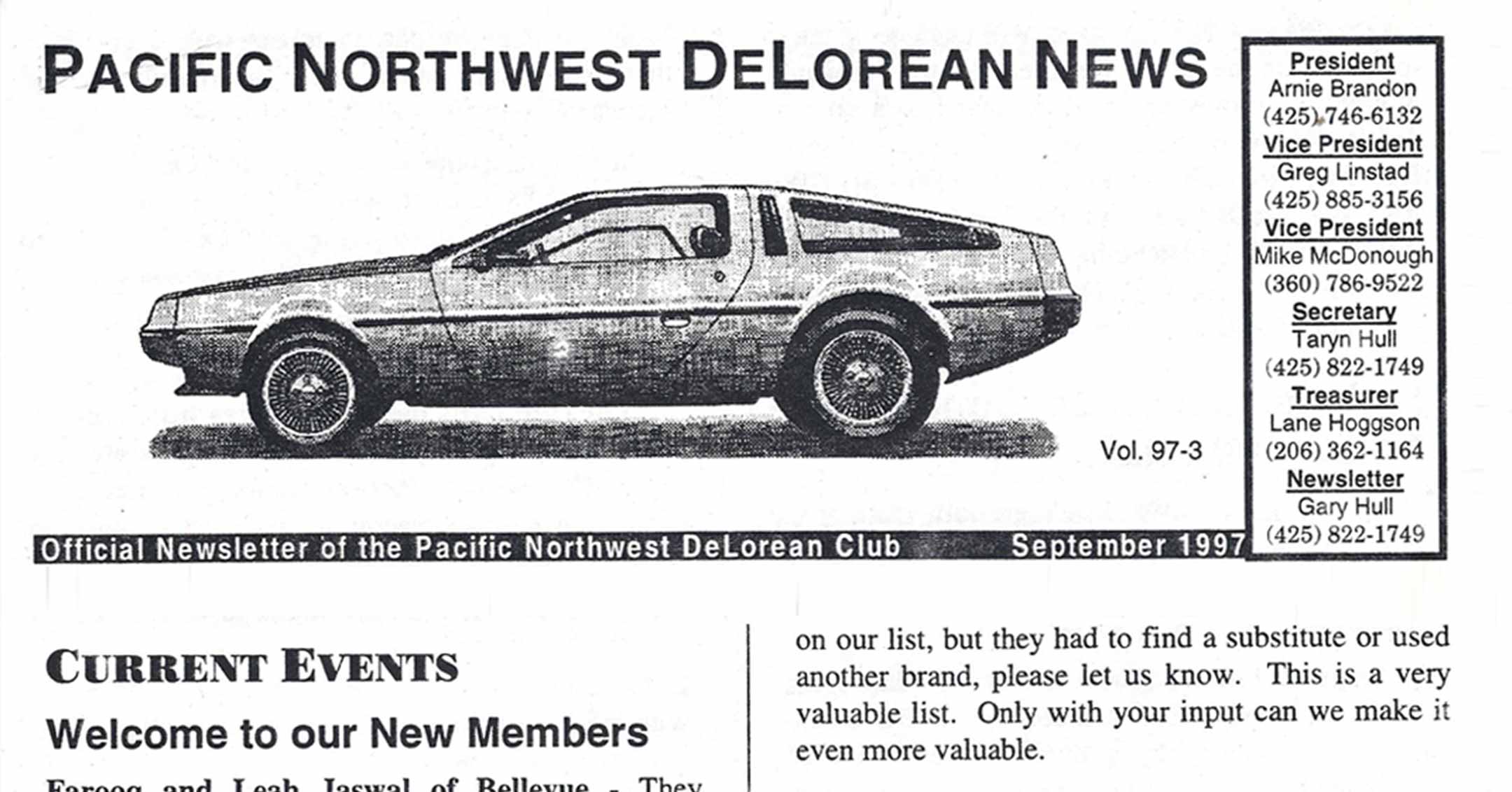