DMC #10515 DeLorean,Maintenance Firing up the engine after 25+ years

Firing up the engine after 25+ years 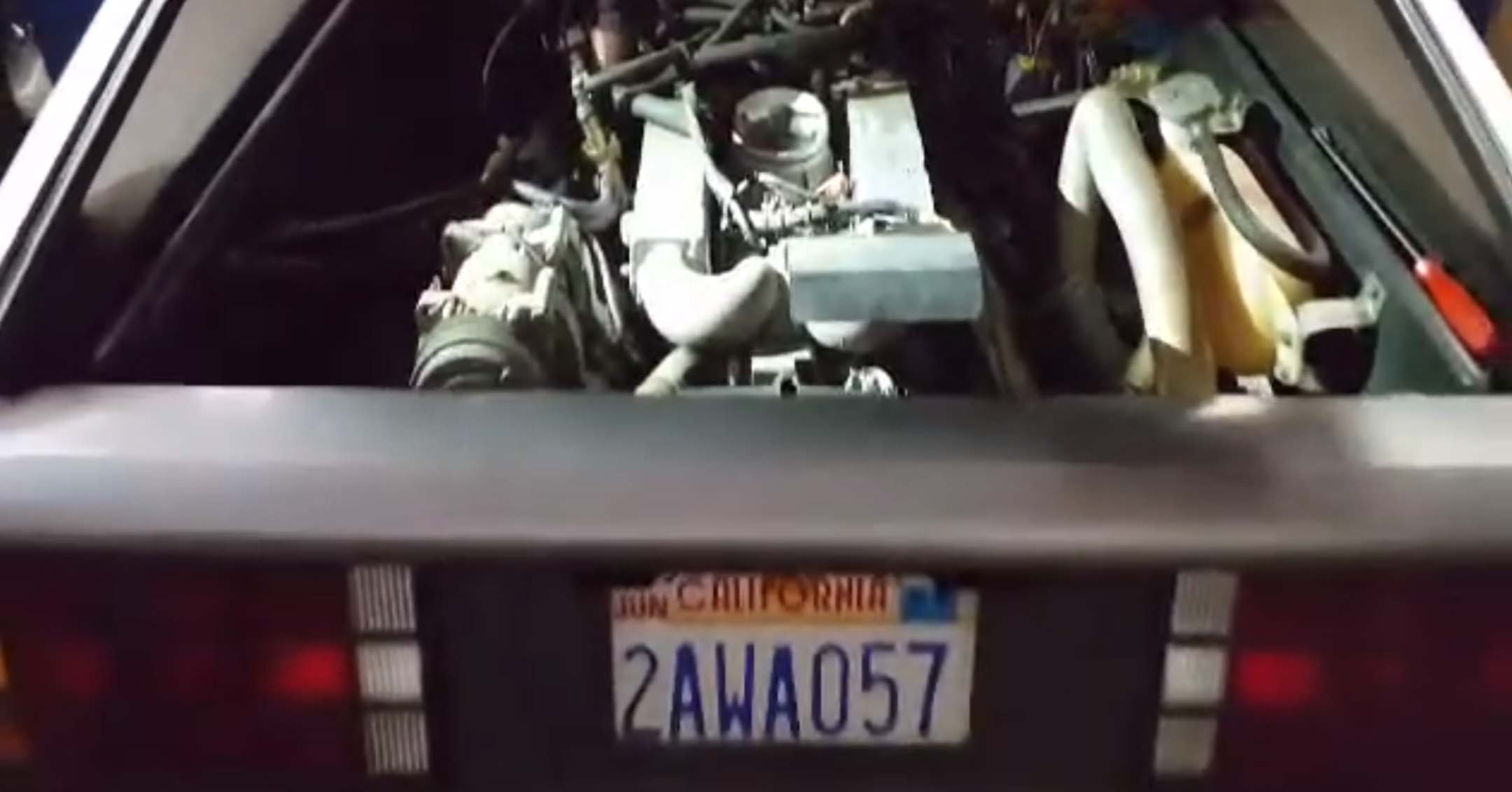 It’s been one month to-the-day since we picked up my dream car. Today, Danny and the guys at DeLorean California got DMC 10515 fired up after more than 25 years of sitting in a garage in Southern California!

DeLoreans are no muscle cars, but Danny says the engine sounds great. My biggest fear was that they get it going and find out it’s got a cracked block or frozen pistons or some other sad issue that would keep the car in the shop for much longer than hoped. Apparently, things look good!

I still haven’t told my friends or family nearby about the car, as I want to surprise them. Just about all of my long time friends that I’ve spent any time with have known of my interest in the DeLorean, and I didn’t think I’d ever get to drive one – let alone OWN one!

I’ve done a lot of studying over the years, and thanks to those who’ve come before me, there’s a lot of information about every conceivable problem these cars could have and how to fix them. I know there will be issues with the car, it’s inevitable, but it’s a hobby I’m looking forward to diving into head-first.

They think they’ll have things tightened up enough and trustworthy enough to take it for the couple of weeks during Christmas. I so excited! And I’m REALLY looking forward to playing some jokes and doing some ‘reveals’ to those who know me best.

The annual Hermosa Beach ‘Endless Summer Car Show’ was Saturday, May 7th on the esplanade that leads up to the Hermosa Beach Pier. DMC10515 was there with four other DeLoreans.

When we picked up 10515 from the original owner, they couldn’t find the keys. They did find them a few days later, so I stopped by to pick them up.

A 20+ year dream finally came (fully) true today. I picked up #10515 from DeLorean California! Danny said it would be ready about 3p. I wrapped up what I needed